Home/Information/7/7 This Week on the Farm

Well another week of rain and the weeds are loving it. There has been some good news and bad news on the farm this week.

Good news first. We got the rototiller back today which means that we can get down to some serious weeding.

Bad news next. Due to the large amount of weeding, two more farm implements broke this week. Tyler broke the weed wacker earlier in the week while edging around Don’s garden. He only got about halfway around before it broke. 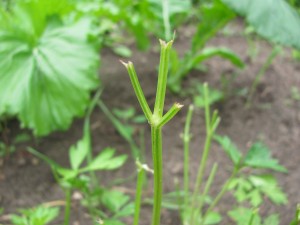 The result…our parsley was nibbled on. Since the weeds near the parsley were tall enough to provide cover something felt comfortable enough to eat in peace. We think it was a woodchuck. We set out a live trap to trap it and then we can move it away from the gardens. We also ordered the part to fix the weed wacker.

In addition to things breaking, we have started pre-treating the tomatoes with copper this week due to the news that Late Blight will most likely hit Wisconsin again this year. Late Blight is caused by an oomycete, or water mold, Phytophthora infestans, and depending on the strain can cause disease in different members of the Nightshade family. This is the same pathogen that caused the Irish Potato Famine in the 1840s. Late blight eventually causes the potato tubers to turn into mush. Like any plant disease, Late blight needs three things, or the disease triangle. The plant host, which in this case is the tomato plants. The pathogen, which we had last year. And the environment. Cool, wet summers are perfect for Late blight. 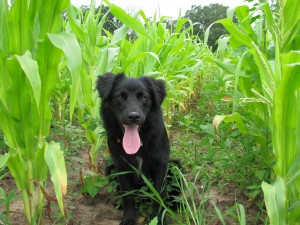 We would like to say thank you to BOG members Joanne Eggleston, Greg Rowe (and Kofi for keeping Wash entertained), and Emma Pelton for all of their help so far this season, especially on Thursdays.

Remember to R.S.V.P. to our open house/pickling party by Friday July 16. 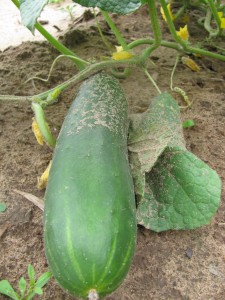