This week has been busy and exhausting. On the farm we have started to clean up the fields of all the equipment and other things that accumulate throughout the season. We have been coiling up all of our irrigation hoses, and I don’t think that I have ever seen so much garden hose in one place in my life. Also we’re pulling the sprinklers out as well as the drip-irrigation tapes and headers. We drained one of the three big bulk tanks and the other two will be done shortly. We have also spent time this week digging and picking remnants of crops that are still usable. In fact we found enough carrots that we may put a few in the boxes this week. 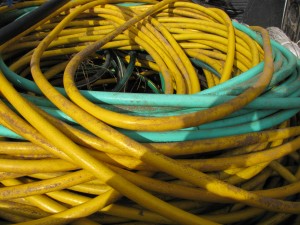 In other news, the potato digger broke down on us last week. The digger separates the potatoes from the dirt by passing everything over a 24 inch wide “rattle chain.” Well, this chain broke on us last week. It is significantly worn and will have to be replaced before next season. In the meantime, we were able to remove the broken link, stretch the chain a little tighter, and hook it back together. Hopefully this will get us through the rest of this season.

We also began disassembling the high tunnel in preparation to move it to its location for next year. We are planning on moving the high-tunnel every year to go along with our normal crop rotation. This way we will hopefully minimize our risk of disease in our lettuce and spring green crops like spinach and arugula. We want to move it now because if we wait too much longer the ground will begin to freeze which will make it much more difficult to reconstruct.

Our sweet potato crop is not yielding as well as we had hoped. We are a little unsure as to why, but we have a few ideas. We purchased our slips from a farm in Iowa this year, which meant that we didn’t get ours until about a month after we would have liked. Last year we purchased our slips from a place in Tennessee and the plants we received were much earlier and more mature. The other possible explanation that we could come up with is that the ground we planted them in this year is probably a little too wet for sweet potatoes. Anyway, either of those reasons, or a combination of the two is what is to blame for the smaller yield of sweet potatoes.

Everyone here is a little more tired than usual this week, as we spent this past weekend moving cattle across the Fox River near Montello. Tyler’s extended family owns some pasture land that is only accessible by boat, so the cattle are put on a barge to be ferried safely across to waiting trucks. It is a long weekend of stubborn cows and reluctant calves, and the wind didn’t help us much this year either! 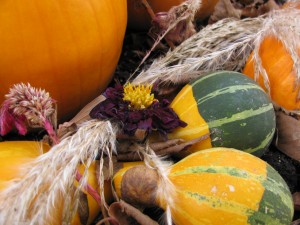 The weather is getting significantly colder here, as the low temps this entire week are in the low to mid-thirties. It is a good thing that we don’t have anything left in the gardens to protect!

Just a reminder that we have only one more delivery! We ask that on your last pick up day that you bring some bags to transfer your produce into so that we may keep the blue totes for next year’s use. We will remind you again next week via email! 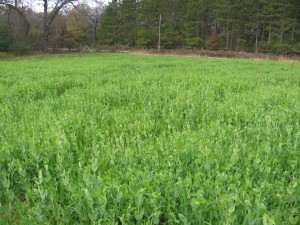