Home/Information/This Week on the Farm 9/9

The cool weather is slowing down the growth of many of our crops that were growing like gangbusters just a few weeks ago. The summer squash/zucchini/pattypan plants are no longer producing as heavily and it will be another week or so until we have enough to put in the boxes. The peppers are still producing, but have slowed down significantly this week. The tomatillos are almost done for the season. This week will probably be the last week for tomatillos. In addition to the cold weather slowing growth down, the tomatillos are showing signs of bacterial spot. We plan on removing all plants from the garden and burning the plants to prevent the bacteria from entering the soil and overwintering. If we left the plants in the field there is a good chance that the bacteria would overwinter and cause a lot of issues next year. 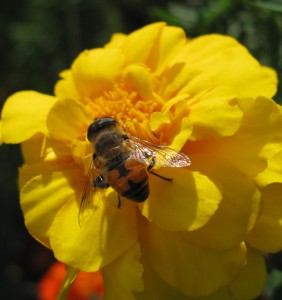 On Monday we noticed signs of what we think could be late blight on a few varieties of tomatoes. We aren’t positive that it is late blight because not all of the symptoms were present, but better safe than sorry. We culled all plants that were showing signs and removed them from the field. Tyler is in the process of spraying all of the remaining plants with copper and Don is working on burning the diseased plants. We are fairly confident we can keep the disease under control long enough to have tomatoes for the next couple of weeks. In fact, an early frost may prove more problematic than disease. Farmers have a theory that when spring is early and warm, then frost will come early in the fall. The logic behind this is that there is a finite amount of heat units that an area gets each year, so if you get all of them early in the season it will end up being a shorter growing season. We will see if this turns out to be the case this year. 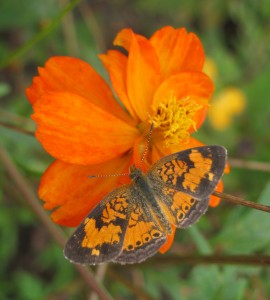 Unlike the warm season crops like tomatoes, peppers, etc. the cool season crops are growing very nicely. The lettuce and bok choi plants are looking great. We should have lettuce next week. We didn’t plant oriental greens for a fall crop because we felt like trying to grow other things to increase variety. However, the oriental greens from earlier this year set seed and are now growing everywhere! In some areas we are treating the plants like weeds because they are outgrowing what we planted and we don’t want them to shade out the desirable plants. We have definitely decided that next year we need to remove the plants before they go to seed.

Tyler and I are going to part of the Growing Power Conference in Milwaukee this weekend. We are very excited to hear some of the speakers present. The topics covered include issues like large scale composting, using compost teas to fertilize your home garden, integrating solar and wind power into your farm, and many others. We are hoping to come back with a lot of ideas to help us expand and increase our self-sufficiency on the farm in the coming years.

WE NEED HELP! Now that a lot of our help has returned to school, we are short staffed on harvest days. If you are interested in helping out with harvesting and packing one Thursday this fall please let us know! E-mail kate@burroakgardens.com It’s a blast and treats are provided.